Hi there. It’s been quite a while since the last S&C post and I’m excited to be writing this 2-parter on understanding muscle weakness and mortality risk. The aim in this part 1, is to unpack and explore if there really is an an association between muscle weakness and all cause mortality (i.e. dying). In part 2, we’ll evaluate if muscle strengthening interventions can influence any increased risk of disease and dying.

Muscle Weakness & The Risk of Dying – or Not!

I’m sure you’ve seen some of the several news articles that have recently, and alarmingly, headlined that muscle weakness might increase your risks of disease and even dying by comparison to stronger counterparts. Here are just a couple of articles that you might have glimpsed:

So you ask me this question and I’m sure you know what my answer is going to be.  As a reminder, by strength we’re referring to the maximal contractile force a muscle/muscle group can exert in a single contraction (read more on that here).  We can get a measure of this through dynamometry following a maximal voluntary contraction (MVC), or an estimate from something like a 1 or a 3 rep max on a resistance-based task.

If you’ve listened to my webinar leading up to my course S&C For Therapists, you’ll hear me talk about the evidence that highlights the potential importance of muscle strength in the fields of:

Muscle Weakness as a Risk Factor for Disease

So, back to the point, is there a relationship between muscle strength, or lack thereof, and morbidity and onset of disease?

Well, yes there is.  Believe it or not, there are may research studies, systematic reviews and meta analyses dating back many years that document this relationship.  Many studies have reported that the strength declines from midlife are highly correlated with new-onset of disease, such as type II diabetes and Cardiometabolic multimorbidity (simultaneously suffering from > 1 of: coronary heart disease; stroke and, or, type 2 diabetes). For example:

A study of middle-aged and elderly people in the USA and China reported that for every 0.05 decrease in the normalised grip strength, the risk of type 2 diabetes increased by 0.49 times (Peterson et al. 2017).

Whilst quadriceps muscle strength was not associated with the progression of osteoarthritis (OA) as determined by x-ray, it was significantly associated with knee pain knee pain in 2566 knee OA patients, after adjustment for age and body mass index. That is to say weaker individuals experienced more pain than stronger individuals (Muraki et al. 2015).

In a systematic review by Xu et al. (2019), several predictors of poor functional outcomes and mortality for patients with hip fracture were observed, one of which was and grip strength.

Clearly this is just a flavour of the literature on the topic, but hopefully enough to make you think that strength, or lack thereof, might be important. References are linked below where possible so you can read further.

Muscle Weakness and All Cause Mortality

RIGHT, down to the biggie – understanding Muscle Weakness & Mortality Risk. Does being weak mean that you’re going to die early?  Bad question to ask. This implies a causal and direct influence of muscle weakness on mortality and that’s something that’s very difficult to ascertain. But evaluating the risk and the association could be helpful; the best way to do this is by following a large population over time in a prospective study design.  So, what are the results of these enquiries?

Just to note here, if you’re pressed for time and you’re looking for the quick salient points, check out the highlighted conclusions in blue.

Newman et al. (2006) evaluated the total mortality rates in the Health, Aging and Body Composition (Health ABC) Study (2292 participants, 70–79 years). Quadriceps and grip strength were strong and independent predictors of mortality. For quadriceps strength (per standard deviation of 38 Nm), the hazard ratio (HR) for men was 1.51 (95% CI 1.28–1.79) and 1.65 (95% CI 1.19–2.30) for women, which was similar for hand grip strength. A hazard ratio, broadly speaking, is a comparison between the chance of an event occurring in one group compared to the chance of the event occurring in another group. A HR of 1.51 means here that a weaker person [and similar in all other respects] had a 15% increase risk of death compared to a stronger person throughout the follow-up period of ~5 years.

This study confirmed that lower muscle strength was a strong and independent predictor of mortality in older adults.

This means that compared to the strongest group of participants, individuals 1SD weaker were at a 17% increased risk of dying from any cause.

Bae et al. (2018) conducted a prospective observational study to examine whether baseline handgrip strength predicted mortality over eight years of follow-up in Korean adults (45 years/>). Their results showed a robust independent relationship between weaker handgrip strength and higher all cause mortality in both women and men (adjusted for e.g., age, income, smoking, exercise, and comorbidities). Compared to the strongest quartile (the reference), women and men in the weakest group had higher HRs of mortality, 2.5 (95% CI: 1.7–3.8) vs. 2.6 (95% CI: 1.8–3.9), respectively.

This means compared to the strongest group, the weakest group had an approximately 25% increased risk of dying from any cause over that 8 year period.

This means that the increased risk of death was 15.7% for those with the weakest HGS vs those those with the strongest HGS over the follow-up period.

As you can see from the studies cited above, muscle weakness is a strong and independent predictor of all cause mortality. Strength matters.

What these studies are NOT saying is, for example, if you’re weak you’ll live 18% less. Each person faces an annual risk of death – the ‘hazard’. For a hazard ratio of 1.18, for two people alike in all respects other than strength, the weaker one (i.e. the one with the risk factor) has an 18% increased annual risk of death over the follow-up period. To quantify the risk of dying in absolute terms, we need to understand what their background risk of death is over the defined period (NB, this is how the risks associated with taking HRT were inflated and incorrectly reported).

You’ll see from the studies mentioned that some measured quads strength, most measured handgrip strength (HGS). HGS is easy to measure.  You don’t need much kit, money, resources or familiarisation the test by comparison to something like a knee extensor test.  It’s also conventionally considered to be an indicator of global muscle strength and, as we’ve seen, it’s related to various adverse health events. But…

Clearly handgrip strength is being used as a proxy marker for overall strength and perhaps other things. It would be silly (perhaps!) to recommend based on the aforementioned research that a sedentary overweight person with high BP engage a bout of unilateral handgrip training to protect against premature death. Handgrip strength will increase, or be preserved, commensurate with activities that require grip, whether that be whole body resistance training, or challenging tasks like carrying shopping or lifting grandkids.

Strength is important and the associations seen in these morbidity and mortality studies are likely related, in part, to a higher functional capability being associated with greater strength, particularly in those who have lower baseline strength levels. It might also be related to more favourable hormonal profiles, motor unit recruitment and capture the important aspects of the ageing process.

The rapid downward spiral of strength seen in some populations is also likely to reflect other characteristics such as being older, less active, overweight, joint pain etc. These can lead to fewer activities being performed (as they’re more challenging), then further declines in strength, further diminished functional abilities, disabilities, loss of independent living etc etc … and subsequent premature death.

The Risks of Being Weak on Premature Death

So, where does all of this leave us on our attempt to understanding Muscle Weakness & Mortality Risk? Well, muscle weakness is not only a predictor of reduced quality of life and dependancy in later life, it is also a risk factor for all-cause mortality (likely related to some of the reasons mentioned above). So much so that some studies have recommended strength assessment as a screening tool to estimate mortality risk. Strength matters.

The good news is that we can become stronger and more physically active, and this can have a positive impact on health, pain and dependancy, even in later life. In the next post, we will try to establish whether or not becoming stronger can reverse the premature risk of death and disease.

As always, thanks for reading. Feel free to share. 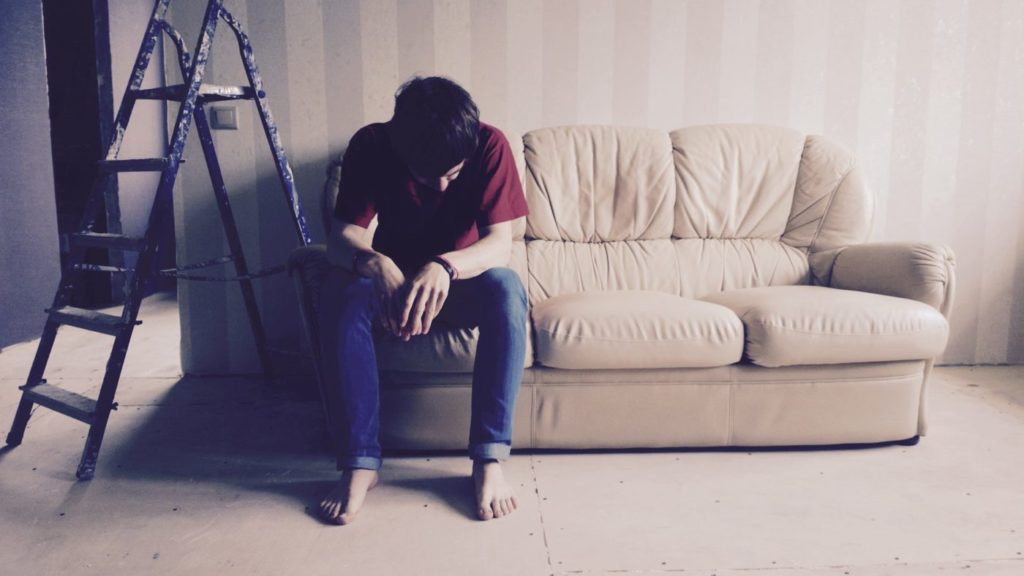 Hello Everyone! It’s been a few weeks since I posted on the S&C for Therapists blog. I’m delighted to recommence with a 3-part series on the effects of lockdown on physical and psychological health, and 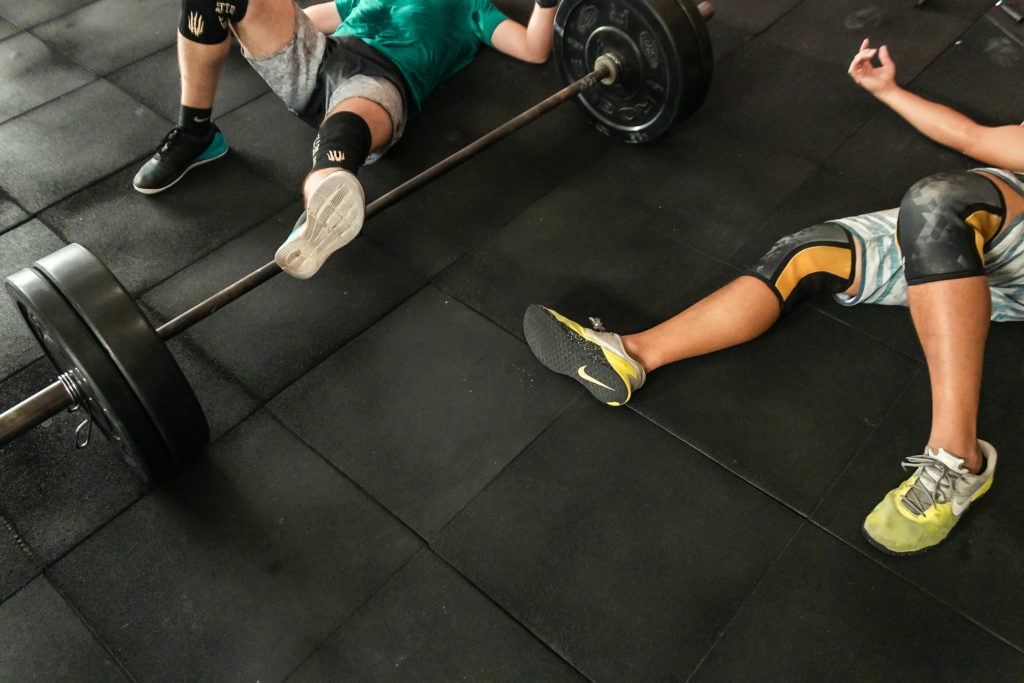 Do we need to resistance train to fatigue?

Welcome to post 63 of Strength and Conditioning for Therapists! It’s been some time since I posted – lots of things have been happening, but I was so eager to get back writing. I’ve loved 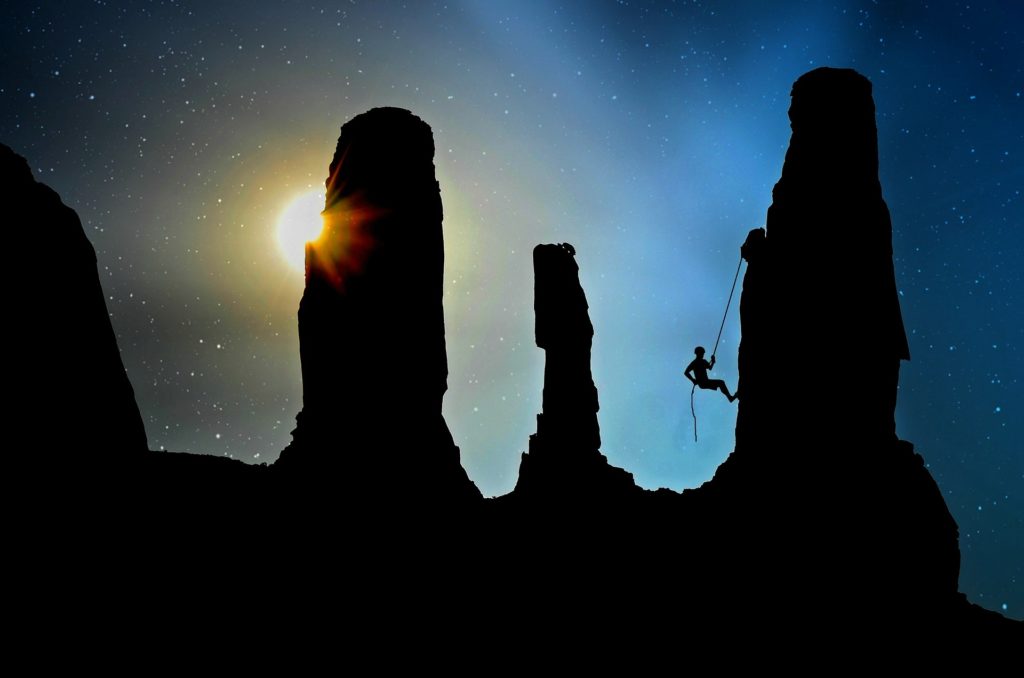