Are Males Stronger Than Females? Let’s Stimulate Them

Hi there, welcome to post 27 of Strength & Conditioning for Therapists. Following on from last week, today week we’re going to look at the application of muscle stimulation in the evaluation of sex-differences in neuromuscular performance. Are males stronger than females? I’ll be principally referring to a study by one of my former PhD students as this was one of the first to look at explosive performance. Remember how we’ve previously discussed the importance of speed of force production in mitigating injury risk? Well we discuss this in the paper within the context of male versus female injury risk profiles.

Sounds quite dramatic, doesn’t it? What we’re referring to here is the production of force extremely quickly, in fact the instruction to the participants when they’re contracting their muscles in the dynamometer is to focus on speed, not amount of force.

Along with being important for sporting performance, such as running, kicking and throwing, explosive production of force is important in providing dynamic joint stability and ligament protection during sudden perturbations and loading.

As such, and as we covered last week, the individual indices: electromechanical delay (EMD) – the time between the onset of muscle electrical activity and force onset and the rate of force development (RFD) the rapidity of force production over a specific time epoch are important measures of neuromuscular performance.

Are Males Stronger Than Females?

As you’re probably well aware, differences in absolute performance exist between males and females, this is also true when it comes to risk of particular injuries (we’re all thinking ACL here, right?). So yes, males can be stronger than females, if we look only at absolute muscle strength, not relative.

A model of injury risk describes the importance of strength and speed of neuromuscular response to dynamically stabilise synovial joints and shield ligamentous tissue from potentially harmful forces. Some of the increased risk in ACL injury in females has been attributed to sex-differences in neuromuscular performance. Clearly it’s not that simple. Whilst males may be typically typically stronger, than females, this is often not the case when relativised to body mass. Furthermore, females have been reported to exhibit a longer EMD (i.e. taking longer to ‘switch on ‘ the muscles), however, the evidence for this is equivocal. So, what’t the deal?

Save length explanation of the methodology 20 males and 20 females were assessed using standardised protocols and we obtained the following measures:

Think of voluntary performance as a person’s ability to use, recruit, express (whichever term you prefer) the neuromuscular machinery they’ve been endowed with – how much of what they’ve got can they access?

Again, using standardised protocols and we obtained the following measures from twitch and octet (a train of 8) stimulations:

A bunch of other data was also collected, but for simplicity we’ll just focus on the above for now. Think of evoked performance as the assessment of the neuromuscular capacity, the best performance a person (potentially) has the capacity to give (recruitment of all that machinery)

Yes: as expected, males were stronger than females probably as a result of their greater muscle size (assessed via ultrasonography). They also produced greater absolute forces during the first 150ms of the explosive contractions.

So, if we left it at that, then we might assume that males have superior force production capabilities and thus perhaps better joint protection.

BUT, when these data were normalised (i.e. expressed as proportion of individual mass or absolute strength), these differences disappeared, meaning that both sexes possessed a similar explosive force-generating capacity (see figure below).

This was the same for the forces observed during muscle stimulation. Last week we discussed the concept that evoked responses are a representative of neuromuscular capacity i.e. the ability to evaluate performance without the intrusion of inhibition etc. So, more quadriceps force was produced following stimulation of femoral nerve in males than females, but when normalised these differences disappeared.

What about EMD..? No sex differences were observed for either voluntary or evoked muscle contractions, meaning the time taken to ‘switch on’ the quadriceps and hamstrings were the same for both males and females.

So when control for differences in absolute strength, males and females demonstrate a similar physiologic capacity (i.e. their neuromuscular machinery) AND a similar ability to use it during explosive efforts. So, alas we can’t solve the males:female injury risk problem in a single paper 😉

But one thing is interesting to note and that may provide an avenue for future study; we discussed last week that voluntary and evoked EMD might be different. And it was in this study, under voluntary conditions, the delay was 16ms, which is twice as long compared to when we evoked a muscle contraction (7ms). If we think about the physiologic determinants of EMD, can we tap into this capacity using a specifically-designed intervention…?

HAVEN’T GOT IT YET? Download your FREE 14-PAGE GUIDE: Strength & Conditioning for Therapists 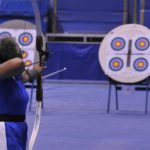 How Accurate Are Your Clinic Measurements?

Welcome to week 12 of Strength & Conditioning for Therapists. Last week we looked at assessments of muscle strength and the differences in reliability and precision between them. This week we’re going to look at 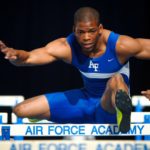 Welcome to power 47 of Strength & Conditioning for Therapists. I hope you’re all still keeping well, sane and enjoying a sensible and gradual return to activity. I’ve been asked several times over the last 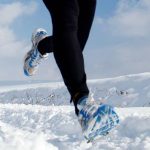 How to Avoid Injuries in the Winter

Winter Injuries As the cold weather approaches and the daylight hours get shorter, the motivation to go outside and exercise may start to dwindle. For those of you who can muster the effort to get