What IS Muscle Strength?

Welcome to post 28 of Strength & Conditioning for Therapists. I’m getting a little bit excited in anticipation of announcing the launch of my new 6-week Online S&C Course – for therapists, of course! Keep your eyes peeled over the next week for the announcement. In the meantime, let’s focus back on the post – what is muscle strength?.

Coming Back To Strength

Entertain me for a moment; when you’re next in the staff room with your therapy colleagues, ask them this question:

What is muscle strength?

Before you do, do you predict that you’ll get the same answer from everyone in response? Sounds such a simple thing, you’re bound to, right?

Hmmm, don’t be so sure. I ask this within the first 20 minutes of each course that I run and, whilst it seems over the past couple of years the variability has lessened, there at least 3 distinctly different ideas of what it is, or more often, what it represents. But so what; is this a problem?

The Different Definitions of Strength

Over the past few years, we’ve seen the emergence of a new set of terminologies to accompany the development of training and coaching strategies and the description of athletic performance.  So, if you were to Google ‘strength’ it is likely you’d get a list of terms such as: functional strength; strength-endurance; agile strength; explosive strength; maximum strength etc. So, it’s no wonder that different people have different ideas.

Within very specific settings the individual nuances of what each of these terms represent may be understood. However, for non-strength and conditioning specialists different terminology and definitions of ‘strength’ can be confusing and more importantly in therapy, threaten the efficacy of resistance-based rehabilitation interventions.  A simple example – if you and your colleague have a different understanding of what strength is your exercise prescription for the same patient profile may be very different, leading to different outcomes. Now think about this profession-wide.

The other source of confusion is that some of these sub-definitions of strength appear conflicting. For example, take ‘strength-endurance‘. It really doesn’t sit with me. If you understand the physiologic determinants of strength and (separately) endurance, it’s pretty impossible to have them them concurrently describe performance. It’s either strength or endurance.

The definition of muscle endurance is:

Or a variation along those lines, depending which source you use. Refer to the peer-reviewed literature for a definition of muscle strength and you’ll get something like:

Again, depending on which paper you cite. However, what’s of fundamental importance here is the level of muscle activation. One is sub-maximal the other is maximal, therefore, it seems rather odd to be able to have both at the same time? Indeed, you’d be hard-pushed to find many academic papers on strength-endurance

So what is strength-endurance? Well I think, according to the interweb it’s the production of high amounts of force over repeated contractions, or sustained over a period of time. Alas, if we go back to basics, this is high-intensity endurance.

I get why this has happened, an athlete can seem so ‘strong’ whilst sprinting and maintaining form over the hurdles, for example. But, when we’re using terms outside of popular culture and in practice, these misunderstandings or misinterpretations can have connotations for the training, conditioning and, or rehabilitation that an individual is prescribed.

So, in the interest of clarity, let’s have a look at what these other ‘types’ of muscle strength might be. I Googled it and found an article by ACE Fitness, which describes seven different types no less!

Agile strength: “The ability to decelerate, control and generate muscle force in a multiplanar environment. Examples: Picking up and carrying a young child, laundry basket or duffle bag” Hmm, could we argue that this is just control, or function? It’s certainly not a maximal contraction, so perhaps power…? I’m not sure this term is helpful, and to assess this type of performance it’d probably involve a test of function…?

Strength Endurance: “The ability to maintain muscular contractions or a consistent level of muscle force for extended periods of time” Yup, this is just endurance.

Explosive strength: “Produce a maximal amount of force in a minimal amount of time; muscle lengthening followed by rapid acceleration through the shortening phase. Focus is on the speed of movement through a range of motion (ROM)” I’m afraid to say, this is actually a thing. It’s also called rate of force development, or in a performance situation, muscle power. I mentioned explosive force production last week in the discussion of male / female differences

Maximal strength: “The highest level of muscle force that can be produced, maximum strength is the ability of a muscle or specific group of muscles to recruit and engage all motor units to generate maximal tension against an external resistance.”  I would argue, this is just strength

Relative strength: “Amount of force generated per unit of bodyweight.” Yes, this is correct. I referred to relative strength last week when discussing male / female differences. But in order to get this figure, you need to the initial unit in the calculation, which is (maximal) strength.

Speed strength: “The maximal force capable of being produced during a high-speed movement; trained with either bodyweight or a minimal amount of resistance, allowing the movement to be executed as fast as possible.” This is silly. Again, I would argue that this is muscle power; the speed of muscle force production,

Starting strength: “Produce force at the beginning of a movement without momentum or a pre-stretch to load mechanical energy; start moving from a stationary position. Examples: A track start, a football linemen in his stance before the ball is snapped, getting up from a seated position” I get what they’re saying here, but again, I think we have to revert to the definition of muscle power. Perhaps right at the start of the movement there’s a brief maximal isometric contraction, but it transitions into the propulsion of body mass, which is sub-maximal and a power task.

So there we have it. What do you think? Have you found any more definitions of strength, do you use them? Do you disagree entirely with me? I’d love to hear. Please tweet me, e-mail, FB message me and let me know.

Next week I’ll be announcing the details of a new 6-week online strength and conditioning course for therapists. Packed with evidenced-based information, value and practical strategies to use with patients. Keep your eyes peeled, as there’s only a 2-week enrolment window.

HAVEN’T GOT IT YET? Download your FREE 14-PAGE GUIDE: Strength & Conditioning for Therapists 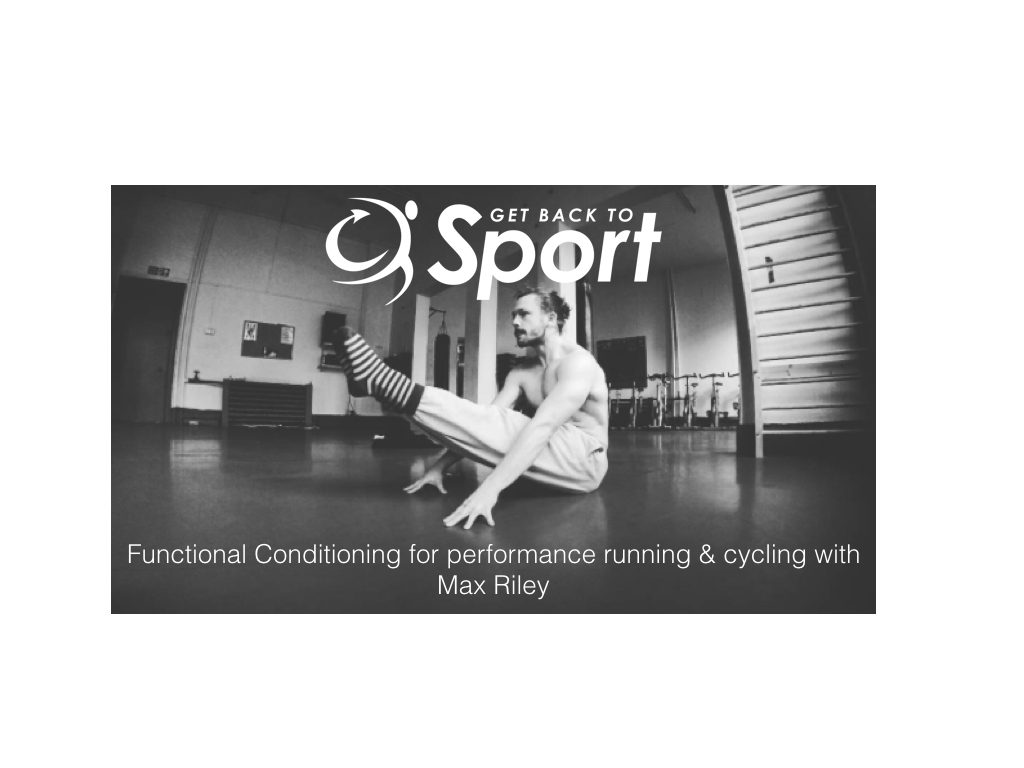 Functional Conditioning for Runners and Riders

What is it? We’re super excited to tell you…we’ve developed a revolutionary new class that is designed to enhance performance and reduce injury risk, specifically for runners, cyclists and triathletes. It’s a really novel approach, 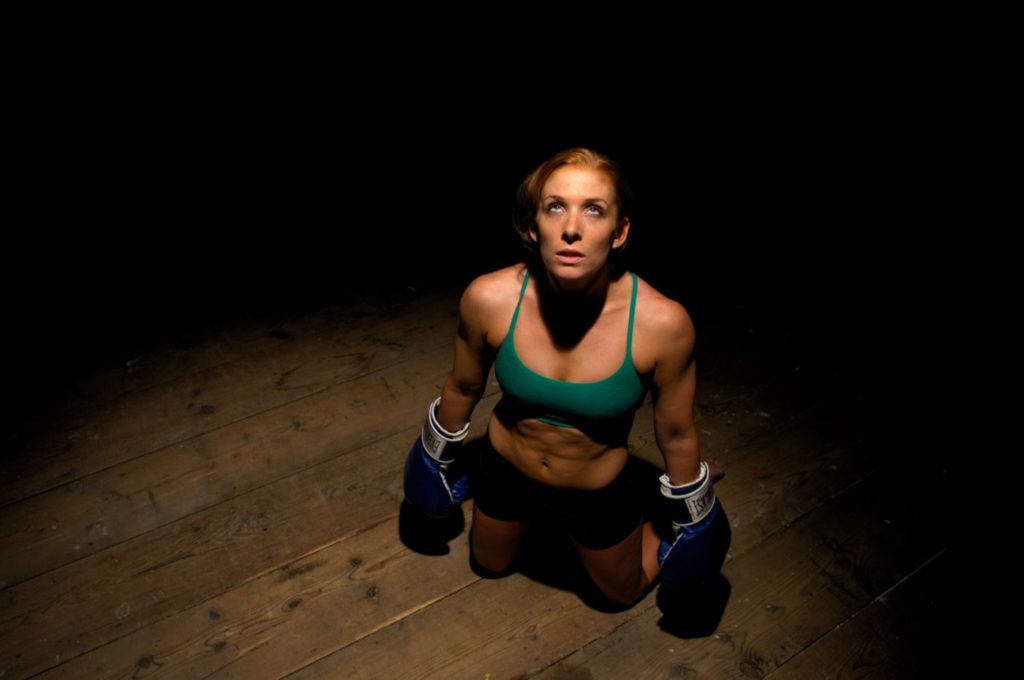 Hi everyone and welcome the third in this three part series on the effects of lockdown on physical and psychological health and number 53 of Strength & Conditioning For Therapists. Last week Serena Simmons talked

WHAT IS AN ARTHROSCOPY?

WHAT IS AN ARTHROSCOPY? So you’ve been listed for an arthroscopy? Or you’ve heard this term and wonder what it means? Well, in lay terms an arthroscopy is typically referred to as keyhole surgery. Instead