Injuries in Football – Can we prevent them?

What’s the most common injury in football (soccer)?

Thigh muscle strain! In particular to the hamstrings muscle group at the back of the thigh.
This is according to data collected over one competitive season in the UEFA League [UEFA Champions League study: a prospective study of injuries in professional football during the 2001–2002 season, Walde et al. Br J Sports Med 2005;39:542–546]

Thigh strains accounted for 16% of all injuries (103 out of 658 injuries), with strains to the hamstrings occurring almost twice as frequently compared to the quadriceps. Hamstring strain injury often occurs during the late swing phase and late stance phase of sprint running. 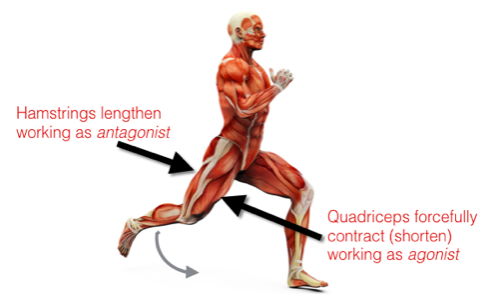 Obviously the prevalence and type of musculoskeletal problems and injuries differ between populations and sports. But, would you expect them to differ within the same sport?

There are a multitude of reasons that could explain the differences in injury incidence between the populations, such as access to injury-prevention training (prehabilitation), volume of match play, rest and recovery strategies, nutrition and rehabilitation following injury to prevent second injury and age to mention just a few.

So, if your clients are weekend warriors or habitual exercisers, is there anything you can do to help keep them injury free?

We’ve focussed on hamstrings here, so let’s keep with this theme and take a look at the evidence. Early studies have been important in identifying risk factors associated with hamstrings injury. These were suggested to be principally deficits in hamstrings flexibility and strength. Despite this, prospective stretching interventions have not shown overwhelming support for the prevention of injury, nor has generic strengthening.

Recent research, however, presents mounting support for eccentric strengthen as an effective injury prevention intervention. Eccentric actions were where the muscle lengthens whilst developing force. You may have heard of Nordic hamstring exercises..? This is where a person is knelt upright and attempts to lower their body towards the floor in a controlled manner whilst their ankles are secured to the floor. These are easy to do (with a partner), don’t require any equipment and a programme of this type of exercise can be effective in reducing the incidence of injuries. 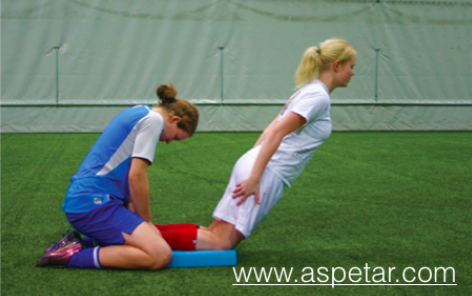 So my recommendations?
A programme (minimum 6-weeks) of eccentric hamstring training, combined with
neuromuscular control exercises such as balance-board type training and forward-falling running drills that focus on postural control and power development.

Have you every seen a client with an injury?
Want a free starter pack and assessment tutorial?
Click here to get it instantly!

Any cookies that may not be particularly necessary for the website to function and is used specifically to collect user personal data via analytics, ads, other embedded contents are termed as non-necessary cookies. It is mandatory to procure user consent prior to running these cookies on your website.