Home » S&C Blog » How to Avoid DOMS; The Repeated-Bout Effect

How to Avoid DOMS; The Repeated-Bout Effect

Amazingly our musculature posses a remarkable ability to protect itself from a repeated bout of exercise that brings about soreness and losses to performance. Welcome to post 69 of S&C for therapists. In this post we’re going to look at the dreaded DOMS and the amazing phenomenon that can protect us. We all know that DOMS can be a real obstacle to patients and clients sticking with exercises and rehab, particularly if they’re new to exercise. So here goes: how to avoid DOMS; the repeated bout effect.

Okay, so we all know what DOMS id. Even if you’re not familiar with the acronym, you’ll be familiar with that sore feeling in your muscles after you’ve done some new exercise. This could be commencing resistance training following a period of rest (or never having done it before), ramping up your exercise intensity or duration, or even doing something unaccustomed – low back and hamstring discomfort following gardening is great example of that!

We generally don’t feel the discomfort soreness whilst we’re performing the activity, but we do once the the exercise has ceased. Typically this delayed-onset muscle soreness (DOMS) peaks between 24h-48h following the activity. We’re often aware of this when we get up in the morning and wishing you lived in a bungalow as you descend the stairs – for the lower limbs at least.

Skeletal muscle is susceptible to ultrastructural damage following unaccustomed and, or, high-intensity – exercise.  This damage is predominantly caused by eccentric muscle activity whereby the muscle lengthens whilst under load, such as downhill running or the lowering phase during resistance exercise, and it is called ‘Exercise-Induced Muscle Damage’ (EIMD) This is not to be confused with acute muscle fatigue, see here for more information on that. EIMD is not something that should be avoided though as the repair process is important to build strength and resilience.

EIMD can be separated into two phases. The first results from the exercise-induced mechanical and metabolic stress. From a mechanical perspective, the inciting high-force and, or, novel lengthening (eccentric) activations of muscle means the weaker less resilient sarcomeres become progressively overstretched and damaged. This leads of pockets of ‘damage’ throughout the exercised muscle that physically disrupts the contractile performance of the myofibril, and the associated membrane damage disrupts the contractile environment of the cells.

The second phase occurs post-exercise and is due to the subsequent inflammatory response. A series of processes occur in response to the mechanical disruption; these are thought to be really important in repair and remodelling – and the ability to tolerate the same stresses subsequently.

It’s important to note that it’s not just the DOMS that might be of concern – though we’ll get to that shortly as this is most definitely important in patient populations. EIMD can involve major consequences to performance; this includes detrimental effects on:

The remodelling process is pretty spectacular though, so we only really need to be aware of this acutely post-exercise, for a few days, or a couple of weeks if the exercise was exceptionally harsh.

Markus et al (2021) produced a great figure that summarise the processes of EIMD:

Clearly, we don’t experience these decrements to performance or suffer DOMS forever, the musculature remodels and adapts. What’s remarkable is that the remodelling process means that if you were to repeat the exact same bout of exercise a few days or weeks later, the consequences would be attenuated. The soreness would be less, so would the losses to strength, and performance. This is called the Repeated-Bout Effect (RBE).

So, what happens to protect us from the consequences of this repeated bout? There are multiple processes that work independently or in with interaction each other. It’s complex and has been the focus of exciting research for nearly 20 years since the first paper by McHugh (2003). Here are just a few of the adaptive responses:

It depends on how you look at it. My first response is no. Whilst not perfectly aligned with peak impairments to muscle function, DOMS can help be a to cue reduced activity if needed. For example, it might be wise to avoid unpredictable situations with high joint loading if muscle performance capabilities are significantly impaired. Loss of proprioceptive acuity, strength and RFD may offer the opportunity got increased risk of injury, perhaps.

In patient populations, particularly with those who are unfamiliar with exercise, DOMS can be a negative experience. I’m sure that you’ve experience this yourself – patients or clients worrying about exercise because it’s made them sore or even worse, disengaging completely because they think that they’ve injured themselves.

How to Avoid DOMS; The Repeated Bout Effect

Okay, so let’s get to the nitty gritty, how to avoid DOMS. Can we attenuate the DOMS response of novel, and or, high intensity exercise?

Originally the RBE was studied in the context of damage-inducing eccentric (lengthening) contractions, whereby a second bout of damage-inducing eccentric contractions performed within several weeks of an initial bout, would result in attenuation of functional declines post-exercise. Clearly this defeats the object; we’re trying to minimise DOMS, so by damaging the muscle significantly in the first episode we’re likely to induce significant DOMS.

The good news is that you don’t have to create DOMS or damage to initiate the protective effect.

There were several groups as the investigators wanted to evaluate how long the protective effect, if it existed, lasted for. Thus the initial bout of exercise was performed 2-days, 1-week, 2-weeks and 3-weeks prior to the second bout of maximal eccentric exercise

Above you can see the soreness and strength changes in the knee flexors in all groups following the maximal eccentric exercise. See the key for the different conditions – the open circles represent the control condition where no initial bout was performed.

So it’s really clear to note from the figure on the left that the peak soreness response occurred 2 days after the second bout of exercise. This is what we’d typically see in the knee flexors (it occurs slightly earlier in the knee extensors). But you can also see that the peak soreness is much less in the groups that performed the initial bout of exercise (remember only 10% MVIC) 2 days and 1-week prior. The protective effect was diminished after that. That is to say no protective effect on attenuating DOMS was observed when the initial bout of low level exercise was performed 2-weeks prior to the second bout.

The panel on the right shows the strength data, more specifically losses to concentric strength. You can clearly see, as indicated by the red arrow, that there was a significant decrease in strength up to 25% following the second bout of exercise. However, what’s also notable is the losses to strength and the profile of recovery is are better in the groups that performed the initial bout of exercise 2 days and 1-week prior. That is to say the loss to strength was less and accordingly recovery was complete by 5 days, which wasn’t the case for the other groups.

So, what does all of this mean?

1. Well, novel exercise of high intensity, extended duration, predominantly eccentric in nature can cause acute micro trauma to the associated musculature. This results in losses to muscle function an inflammatory response and a delayed onset soreness that peaks a day to 2-days following exercise.

2. The repeated-bout effect describes the phenomenon whereby the remodelling process attenuate the negative responses to a repeated bout of damaging exercise.

3. WHigh intensity eccentric exercise will convey a protective effect for longer. But low level muscle contractions of different modalities performed a few days prior to a second bout of high intensity eccentric exercise can attenuate the negative consequences. This may offer a useful strategy to use in rehabilitation prior to ramping up exercise to mitigate the DOMS response and seek to maximise adherence

5 New Masterclasses on topics like this coming in November! 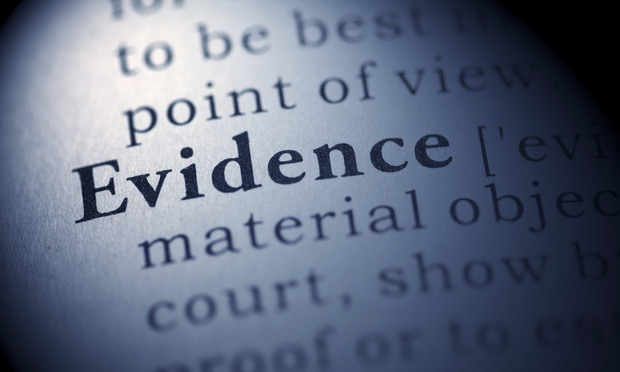 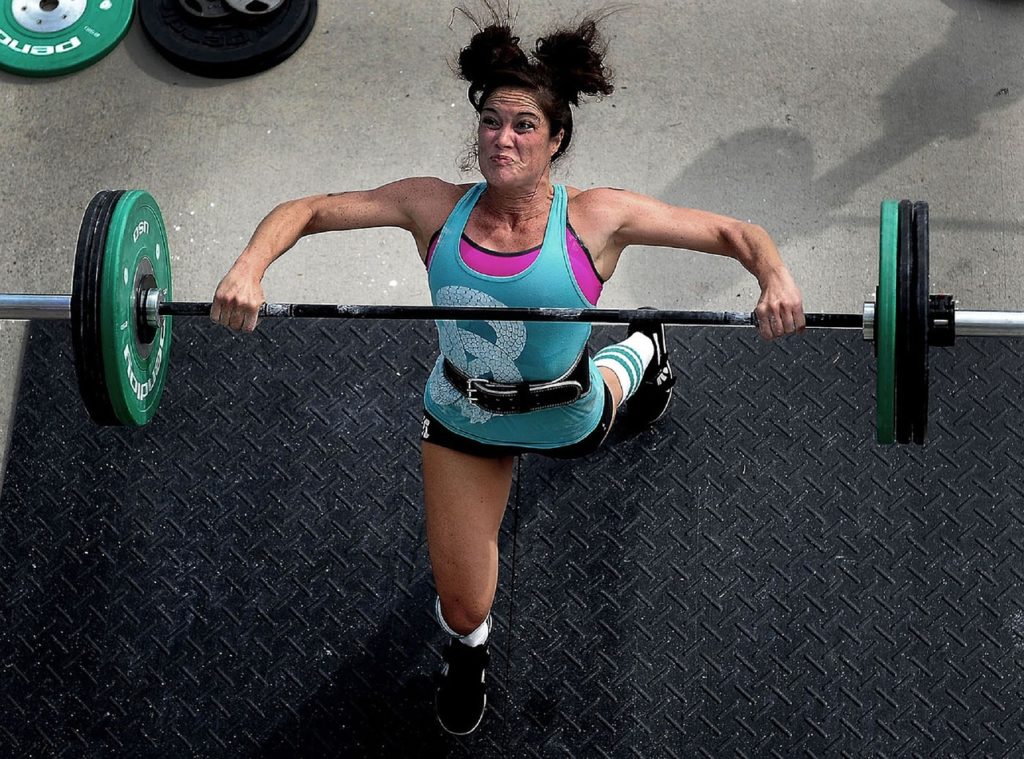 Welcome to week 13 of the S&C for Therapists blog. 🙂 These past few weeks I’ve been writing and producing a webinar for the great David Pope and his Clinical Edge platform (very honoured!). Something 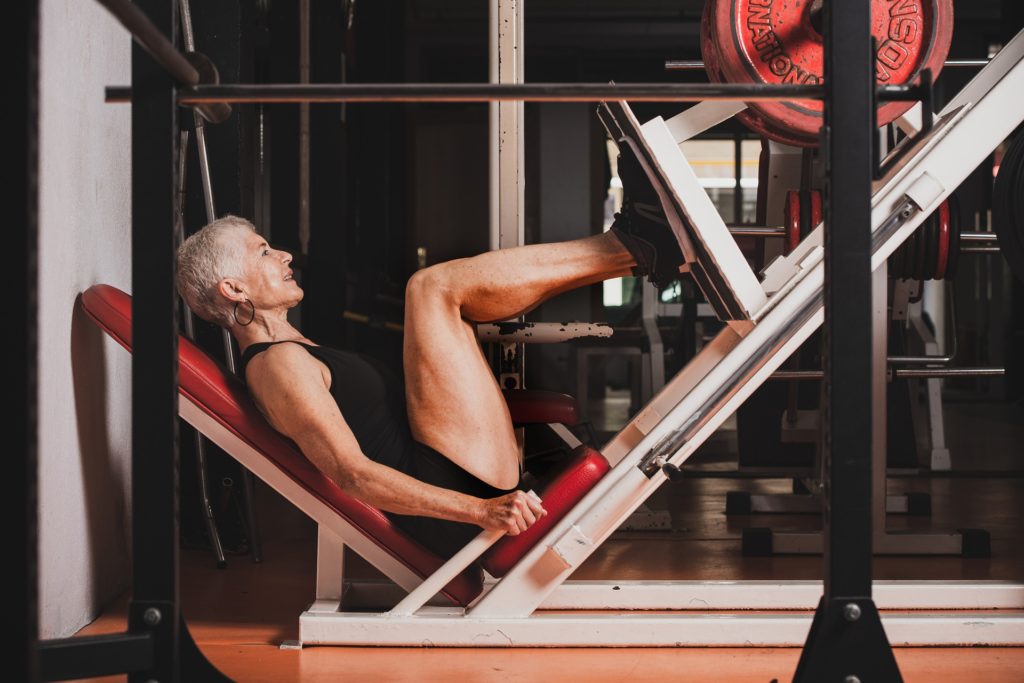 Hello and welcome to post 50 of Strength & Conditioning for Therapists – we’ve reached the half-century. Wahoo. I hope you’re still doing well and that you’re back to work. As a therapist or someone