The Length-Tension Relationship & Using It In Rehab

Hi there and welcome to post 36 of the Strength & Conditioning for Therapists blog series. I hope you’re well and you’re beating those January blues. Today we’re going to look at the length-tension relationship of muscle (do you remember it?) and importantly if you can use it to your advantage in your exercise prescriptions…

What is the Length-Tension Relationship?

The clue is in the title. The length-tension (L-T) relationship of muscle basically describes the amount of tension that is produced by a muscle as a feature of it’s length. That is to say, when tested under isometric conditions, the maximal force produced or measured will be different as the muscle lengthens or shortens.

On a gross level, if you’ve ever done a bicep curl with a dumbbell, you’ll likely have noticed that you feel relatively stronger around the mid joint position, compared to when the elbow is fully extended or flexed..?

Why Are We Stronger At Different Joint Positions?

So, what makes us relatively stronger or weaker at different joint positions? Well, it’s all to do with the overlap of the contractile proteins – remember, actin and myosin? As we flex or extend a joint through it’s range, the overlap of the actin and myosin contractile proteins change, and importantly, this affects the potential for the development of cross-bridges and muscle force production.

Whilst we can describe this phenomenon during fairly gross motor skills (like the bicep curl above), the initial research was conducted at a sarcomere level. Remember, a sarcomere is a functional unit within a muscle fibre. Have a look a the figure below, you’ll see how the length of the sarcomere influences its capability for force production.

There’s quite a lot going on here. Notice that force, or tension is the index on the y-axis and sarcomere length is the x-axis. The thick black line illustrates the length-tension relationship. Underneath the graph, I’ve illustrated the conceptual position of the actin and myosin filaments.

On the left hand side there’s ‘too much’ overlap i.e. not much potential for repeated cross-bridge formation and thus limited force production. On a muscle level that represents a shortened muscle length or the maximal flexion position in the biceps curl described above.

See on the far right, there’s no overlap of the actin and myosin filaments and thus there’s no potential for cross-bridge formation or muscle force production.

And then somewhere (nearly) in the middle is the Goldilocks position, of ‘optimal overlap’ and optimal force production – possibly around 90 degrees of elbow flexion in our example.

Now remember that this describes sarcomere behaviour, not whole muscle. Yes, it is very similar, however, clearly when the elbow is fully extended, you can still produce force i.e. not all sarcomeres are distended beyond the point of overlap. That’s just ridiculous! Imagine that, that you can’t flex your elbow if you forget and happen to fully extend it. Ha ha.

In whole muscle, you have hundreds of muscle fibres, thousands of sarcomeres and not all behave the same. So for any point on the descending limb of the L-T curve you’ll have sarcomeres at various lengths, some of which may be approaching that critical point of no overlap.

Once we understand the L-T relationship it becomes easier to get your head around exercise-induced muscle damage (EIMD). EIMD principally occurs on the descending limb of the L-T curve and during eccentric muscle actions.

Damage, which is the irreversible distension of sarcomeres, occurs in pockets of muscle and to the weakest sarcomeres i.e. likely those that are already overstretched. So, application of a high-force during muscle lengthening (like the lowering of a heavy dumbbell in our biceps curl example) causes these weaker units to ‘pop’, become useless and die. Repeated high-force eccentric actions exacerbates this process … and then I’m sure you’re very familiar with the symptoms of DOMS felt a day or two later.

This all sounds pretty dramatic, doesn’t it. So, should we be focussing all our training and rehabilitation efforts on the ‘safe’ ascending portion of the L-T curve?

Whilst you can make an argument for training at an optimal muscle length, or the ascending potion of the L-T curve, the adaptations caused by EIMD are super important, for rehabilitation, injury avoidance and performance. It’s beyond the scope to go into lots of detail here, but if you want to read more and how to use this to your advantage in rehab, check out the couple of posts I wrote earlier in the series here and here. It’s really a powerful process and there are a number of ways you can apply it, which don’t necessarily mean you have to inflict unbearable soreness on your patients!

Broadly speaking, the adaptation and remodelling processes following EIMD enable us (or our patients/clients) to become stronger, stronger at vulnerable joint positions and far more resilient to repeated episodes of high force muscle damaging exercise. Not to mention the functional and performance enhancements that can be gained.

Hopefully I’ve jogged your memory here of the L-T relationship and provided you with another reminder that it’s always worth going back to fundamental concepts in programme design. In time pressured environments, it so easy to be swayed by the next best training technique, piece of equipment or theory to try get fast and effective results. But often a pause for thought and then proper application of the basic principles can deliver just as good, if not much better results for your patients/clients.

KEEP YOUR EYES PEELED! Details of the March enrolment for the Strength & Conditioning For Therapists Online course are coming soon…! Make sure you’re signed-up to receive the information

If you’ve downloaded the free 14-page S&C Guide for therapists, then you’re on the mailing list and you’ll be first to hear about the Online S&C course (whoop). Make sure you check your junk mail for our e-mails!

If you haven’t downloaded this guide, what are you waiting for? Over 1500 people are using it right now. Just click the link above and you’re good to go! 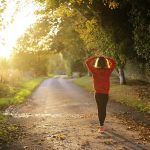 WHAT IS ANTERIOR KNEE PAIN? Who hasn’t had a painful or achey knee..? If you haven’t, then I’m sure you know someone who has. One of the most common ‘disorders’ is Anterior Knee Pain, which 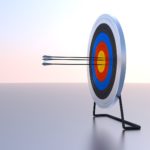 What is Conditioning Efficacy?

Hi there and welcome to post 60 of Strength & Conditioning For Therapists. When I started this series almost exactly two years ago, I never thought it would become so popular and would go for 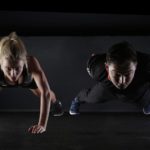 The Cross-Education Effect And How To Use It