Oh my, how hot is it here in the UK right now?! Being this hot during a training session yesterday reminded me of a study I did a few years ago with Dr Lewis James: The effects of hypohydration and fatigue on neuromuscular activation performance. Give this spate of hot weather, I’m going to change the post I’d planned for next week and focus on this instead – Does being dehydrated affect maximal muscle force production? Today we’re looking at: protecting muscle from damage.

This week, post 19 of Strength & Conditioning for Therapists, I’ll be following on from last week and go a little deeper into how the effects of muscle damage from exercise can be beneficial and how to use exercise to protect rehabilitating muscle from subsequent damage.

I’ve covered this topic before,but from the perspective of inter-day recovery. Check out that post here. Skeletal muscle is susceptible to ultrastructural damage following unaccustomed and, or, high-intensity eccentric exercise.  This damage is predominantly caused by eccentric muscle activity whereby the muscle lengthens whilst under load, such as downhill running or the lowering phase during resistance exercise, and it is called ‘Exercise-Induced Muscle Damage’. NOT to be confused with acute muscle fatigue – see the link to the post above.

Why Does Damage Happen?

Exercise-induced muscle damage (EIMD) – during the exercise – is generally accepted to occur due to mechanical stresses. (There are a series of other events that contribute to secondary muscle damage that occur after exercise cessation, but we’ll cover that another time). During eccentric muscle activation relatively fewer motor units are recruited compared to other modes of activation and as such there is an ‘excessive’ stress on a relatively smaller numbers of motor units and fibres. Within each muscle fibre there are 10s of thousands of functional units called sarcomeres, some are more resilient than others. During high force lengthening (eccentric) activations of muscle the weaker, less resilient sarcomeres become progressively overstretched and damaged. This leads of pockets of ‘damage’ throughout the exercise muscle.

The extent of the consequences (and adaptations) of eccentric exercise will depend on several factors, which include the training status of the individual (or muscle group), the intensity and dose of eccentric exercise and the muscle group exercised. Generally speaking, the greater the intensity and dose of the eccentric component of exercise, the greater the extent and symptoms of damage. Symptoms include and immediate and prolonged loss of muscle force, power, proprioception, a delayed soreness response (DOMS), inflammation and an elevation of certain factors in the blood, such as creatine kinase.

Shift of the Length-Tension Relationship

Following muscle damage, something remarkable happens – there’s a change in the length-tension relationship in the exercised muscle(s). As a reminder, a muscle or muscle group’s maximal force generating capacity changes as a function of its length. If your translate this to joint positions when a joint is very flexed or very extended the a musculature is typically weaker than compared to a mid-range position.

The image above might be a little grainy, however it’s taken from a brilliant paper by Brocket et al (2001), so try stick with it. They measured the effects of 6 sets of 12 Nordic Hamstring ‘Curls’ (Exercise) on hamstring muscle strength across a huge range of motion so they could accurately plot the length tension relationship. You can just about make out that before the muscle damaging exercise, the joint position that corresponded to the maximal force production was approximately 55 degrees knee flexion – I’ve drawn a RED line on the figure to illustrate.

Now if you look at what happened to that length-tension relationship a week after the muscle damaging exercise you can see – indicated by the GREEN line (apologies if you’re colour blind, bit of an oversight on my part), there’s a shift in the relationship to the right. The joint position that corresponds to the maximal force production is now approximately 65 degrees knee flexion – i.e. maximal force is produced at a longer muscle length.

Benefit of the Rightwards Shift in the L-T Relationship

Okay, so what’s the advantage of this change in the length-tension relationship? Well, think about it. Muscle damage occurs when weaker sarcomeres are overstretched, and the extent of this damage is greater at longer muscle lengths. Sooooo, if the adaptation means that we’re stronger than before at any given muscle length, then we’re more resilient to damage after a similar episode of eccentric exercise at these longer lengths. This protection is called the REPEATED-BOUT EFFECT.

Also, think about the joint positions where injuries typically occur, often it’s at extended positions. In the case of hamstrings strains they often occur at an extended knee position where the muscle is stretched. Being stronger at longer muscle lengths may contribute to greater resilience against injury, indeed there’s a good deal of research that has investigated the effects of Nordic Hamstring Exercise on hamstring injuries, with some very positive results. (See here for a nice synopsis of a recent meta analysis on the topic in the BJSM)

Addition Of Sarcomeres In Series

One of the physiologic adaptations following EIMD that helps to explain the shift in the L-T relationship is that irreversibly damaged sarcomeres are replaced, but more than on a 1:1 ratio. This adaptation means there are more contractile units in the muscle fibres than prior to damage. See my attempt to illustrate this below.

This adaptation can also in part explain an observed increase in muscle strength post-damage. You may have noticed that the participants in the above study got stronger after the muscle damaging exercise..?

The question to ask here is do we want to protect muscle from ‘damage’? I’ve outlined only a couple of things that happen as a part of an integral remodelling process following eccentric exercise that leads to exercise-induced muscle damage.

In a rehabilitation setting, the neuromuscular and musculoskeletal systems are likely to be deconditioned and a fundamental part of rehabilitation is to ‘recondition’, or restore function. Given that many activities of daily living and sports performance involve significant eccentric loading, we should plan to progressively introduce this type of exercise within every rehabilitation programme to promote the fundamental remodelling processes and to build resilience against future injury. “Damage’ is perhaps the wrong term to use in the rehabilitation setting.

There are many ways in which you can do this that take account your patient’s exercise history and baseline level of conditioning. You don’t need give your patients huge volumes of eccentric exercise in a single session to start the remodelling process, and as I mentioned last week, you can actually do some preparatory ‘non-damaging’ exercise to make a subsequent and more intense bout more tolerable.

The adaptations that occur following eccentric exercise are really helpful to build muscle performance, size and resilience against injury. There are several ways in which you can introduce this exercise into a rehabilitation plan with those that are novice exerciser or severely deconditioned to minimise the unpleasant DOMS response, from very progressively increasing the dose & intensity, throughout to performing protective and preparatory exercise. It just takes a bit of consideration of your patient’s status and planning to really leverage the advantages of eccentrics. 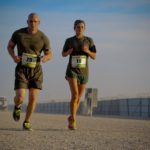 Are Males Stronger Than Females? Let’s Stimulate Them

Hi there, welcome to post 27 of Strength & Conditioning for Therapists. Following on from last week, today week we’re going to look at the application of muscle stimulation in the evaluation of sex-differences in 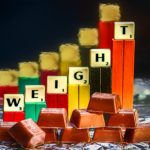 What is Non-Linear Periodisation?

Welcome to post 23 of Strength & Conditioning For Therapists. Today we’re looking at non-linear periodisation training. What Is Periodisation? Several weeks ago (post number 3 actually), I wrote a post on periodisation and presented

How important is strength? I’ve been theorising, speaking, writing for a several years now that strength isn’t THE most important factor in injury avoidance and rehabilitation. I’m not saying that it’s not important at all