Hi there. I hope all’s well with you.

Did you manage to download your FREE Strength & Conditioning Guide yet? I’m delighted to say that at the point of writing this (which is just 2 days since releasing ), over 300 people have downloaded it, from all corners of the globe (if you can have a corner of a sphere?!). If you’ve already got yours please get in touch: Tweet me or tag me on Instagram and let me know what you think and how you’ve implemented any of the strategies. If you haven’t got your copy yet, click the button below and you can download a copy immediately!

So today, which is post 18 of Strength & Conditioning for Therapists, we’re considering eccentric muscle training versus concentric training. What are the merits for rehabilitation?

Some of the unique characteristics of eccentric muscle actions include:

The first two are good to note and take advantage of in acute settings (although not exclusively). The last one can be useful in the longer-term planning – whilst we might shy away from muscle damage and DOMS (delayed-onset muscle soreness) in rehab settings, the subsequent remodelling process is really valuable.

So, we can lower more than we can lift. How does this translate into a rehabilitation or training application? There have been numerous studies that have compared the efficacy of eccentric muscle training versus concentric, or a combination of both on a multitude of neuromuscular outcomes. If we focus on muscle strength, what do we see?

Well, very briefly and very simply put, if we’re training for optimal gains in muscle strength, we’re aiming for 3-5 RM (repetitions maximum). Under normal circumstances, this is defined by the concentric phase of a resistance exercise (we can lower more than we can lift). However, if we train 3-5 RM under eccentric conditions i.e. define the load by how much we can lower (you may need a spotter here!), then meta analyses show that the strength gains achievable can be greater (Roig et al (2009).

Several adaptations occur to enable this superior adaptation, however, one of the underpinning mechanisms is likely to be related the greater absolute training load that is possible under eccentric conditions. This type of training isn’t for the faint-hearted, inexperienced or solitary exerciser, especially on big compound movements, but it may well have a place somewhere in rehabilitation.

How about if you’re stuck for equipment and you’re dealing with a really deconditioned, or elderly population? I came across a study published this month that really nicely answers this question (and one that I get all the time).

The results for muscle strength showed a significantly greater increase in the group that performed predominantly eccentric exercise compared to the group that performed concentric exercise. In fact the difference was a 38% improvement in leg strength versus 8%. Other measures of function showed similar patterns of improvement. Offers a nice application for rehabilitation don’t you think?

Okay, so we can’t say here with any degree of certainty that the differential changes were due to a preferential recruitment of fast twitch muscle fibres because no objective measures of this were taken. However, it’s not unreasonable to suggest that this might have been a contributing mechanism, particularly given the findings of authors (e.g. Maeo et al. 2018) that have shown similar results in younger populations and shown EMG explains the majority of this change.

As I mentioned above, typically we don’t like to make patients sore; that DOMS response might not be too pleasant and, certainly in the early stages of a rehabilitation programme, it might just make the difference in them coming back to see you, or not! I touched on exercise-induced muscle damage and DOMS briefly in a previous post here.

One of the advantages of eccentric exercise is that a it can inoculate, or protect a muscle group from a subsequent bout of similar exercise. That is to say that the symptoms experienced (DOMS, loss of strength, swelling etc) following a second bout of exercise can be reduced. Initially, we thought that the first bout of exercise had to be pretty intense and subsequently unpleasant to elicit this Repeated Bout Effect. However, we know now that that’s not the case and this can be really useful for patients populations.

To illustrate just how little you, or your patient might need to do to take advantage of this protective effect, take a look at this study by Lin et al (2015). They assigned healthy young men to a control or experimental groups to study if low-intensity eccentric contractions would protect against damage induced by maximal eccentric contractions.

Save a lengthy explanation of the paper (the link is below if you’d like to read it), remarkably, just 3 sets of 10 eccentric contractions at 10% MVIC (that’s just 10% of maximal strength measured isometrically!) was sufficient to protect against strength losses in the knee flexors caused by a subsequent bout of maximal eccentric exercises. See figure below. Importantly, however, these protective effects were only experienced if participants performed the initial bout of exercise a week or less before the maximal exercise. It wasn’t evident at 2 or 3 weeks.. Incidentally, they’ve also found similar results in older adults.

Again, I can think of several applications of this strategy in rehabilitation settings, one being commencing a resistance training programme with a novice, non-exerciser.

So in summary, it might sound as though I’m biased towards using eccentric muscle work in rehab. I’m not, but I do know that sometimes we forget that we can activate muscles in different ways and those may offer different adaptations that are useful. There isn’t a written rule that we have to always use concentric-eccentric work in rehabilitation, so I encourage you to think outside the box a little and explore the utility of eccentrics.

What is a Meniscus?

Indeed, what is a meniscus? Maybe you’ve heard this term in reference to your knee…? A meniscus is also commonly called ‘cartilage’, especially when describing sporting injuries. Let me tell you what a meniscus is (pleural 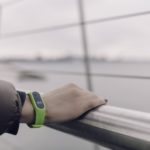 How Accurate is Your Personal Activity Tracker?

Welcome to week 16 of Strength and Conditioning for Therapists! A quick reminder before we go on that there will be a short break in proceedings next week whilst I attend a conference in Prague. 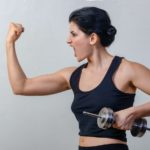 Hello all. Welcome to post 49 of Strength & Conditioning For Therapists. I hope you’re well. Today we’re going to look at types of resistance exercise, specifically are compound exercises more effective than isolation exercises?