Welcome to post number 20 of Strength and Conditioning for Therapists. Given the turn in the weather here in the UK from the hottest day ever recorded at 38.9 degrees, or something, back to a mere 20 degrees, the urgency to write about dehydration seems to have waned.

However, I said that I’d cover this topic last week and so I will. It’s a really interesting one! Full disclosure here – I’m far from an expert in hydration. Apart from my readings, I’ve conduced a couple of studies on the topic and published one peer-reviewed paper, the results of which I’ll share with you here.

If you’d like to know more about this topic drop me a line or tweet me and I’ll call in my esteemed friend and colleague Dr Lewis James to do a guest blog!

Okay, so terminology (yes I’m a stickler). Dehydration actually refers to the process of losing body water not the end result. So it’s not really accurate to say when you’re thirsty “I’m dehydrated”. Hypohydration is the end result – the uncompensated loss of body water. It occurs when when fluid intake doesn’t match water lost through sweat.

To illustrate, for example there’s a risk of dehydration whilst exercising in the heat especially if fluid intake is insufficient. The result will be the person becoming hypohydrated – in a state of uncompensated loss of body water.

As you’ve possibly experienced yourself, hypohydration isn’t an all or nothing event, it can be mild, moderate or severe. We’re not going to cover severe hypohydration here; it’s a pretty dangerous state to be in and thankfully occurs rarely. Symptoms of mild to moderate hypohydration can include:

I’m sure you’ve read several articles on the effects of hypohydration on endurance exercise…? It’s a more populated field of research, and one that projected Lucozade into the media. Suddenly this was THE drink to have to ‘replace body fluids’ and avoid the risk of reduced performance as a result of ‘dehydration’. These statements and claims that the drink rehydrates better than water have be retracted because they’re simply not true. However, it does illustrate the huge amount of interest – and money, invested into fluid replacement and performance.

There is a body of research that has investigated the effects of hypohydration on outcome measures, such as strength and power, albeit smaller by comparison to endurance exercise. These have shown equivocal results. A respected review by Judelson et al. (2007) summarised that a loss of 3%–4% body mass by would be expected to induce muscular strength deficits by approximately 2%. Other individual studies have reported slightly greater impairments, but tend to have employed a more aggressive protocol to induce hypohydration, involving fluid restriction and exercise in the heat.

So few years ago, Lewis James and I were interested in what would happen to muscle performance if we standardised the dehydration protocol to fluid restriction only (i.e. omit any influences of exercise, fatigue and heat). We also assessed them following a fatigue trial, but I’ll stick to this part of the study for now.

It was a pretty gruesome protocol – we completely restricted paticipants’ fluid intake for 24h, which meant they weren’t allowed to drink anything or consume wet food. How cruel. We collected all their urine (nice), monitored their food intake, took blood samples and measured their muscle performance prior to and following this and a control (euhydrated) trial. The link to the paper is below if you’d like to read it.

Despite this large loss to strength, we didn’t see any changes to other aspects of muscle performance (rate of force development, electromechanical delay evoked performance). You can read the paper for our musings on why this might have been the case.

So there’s probably not much to worry about for the normal population and your average sporting populations too. It’s not normal to go without fluid for a day, and, or lose 2% body mass through fluid loss. However, there are a couple of scenarios that come to mind whereby it might be important.

The first scenario that comes to mind is weight category sports whereby fluid restriction is a common strategy to make weight. An impairment in strength could translate into impairment in performance, especially in sports such as Olympic Lifting. However, it seems as long as there’s sufficient time (several hours) between weigh-in and performance, strength performance has the potential to recover, even if weight doesn’t.

Also if you work in high-performance sport where athletes are exposed to prolonged periods of training and competition in the heat, hypohydration is an important consideration. We think it’s important to injury risk as well as performance, as we discuss in the fatigue section of our paper.

Perhaps a more pressing consideration is in older or elderly populations and those who are hospitalised. We know that fluid intake can be a problem in older adults; they have a less sensitive thirst mechanism. So strength deficits might represent a barrier to in-patient rehabilitation and, or present an additive risk of bedside falls, especially as hypohydration can also affect other processes and cognitive function. I don’t know the answer to this question, it’s a complex problem and one that requires much more research, but it’s one that I became acutely aware of when I ran clinical trials with hip and knee replacement patients.

So, a decrease of 2% or more of body mass through fluid loss can have the potential to impair endurance and strength performance. This isn’t likely to have serious day-to-day implications, but perhaps worth bearing in mind in high performance sport and in older and hospitalised patients. Replenishment of fluids in young and healthy populations shows that restoration of muscle strength can happen relatively quickly. And how to avoid hypohydration-losses to performance? Just drink when you’re thirsty. 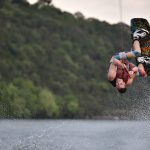 SCROLL DOWN FOR FREE END-STAGE ACL REHAB … TO GET YOU BACK TO SPORT! In the previous post we talked about the function of the ACL (anterior cruciate ligament), the mechanisms of injury and the 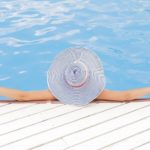 Reversibility Of Training; Deconditioning In Lockdown

Welcome to post 44 of Strength & Conditioning for Therapists. We’re approaching 4 weeks into lockdown here in the UK and I’m sure the situation isn’t too different for you if you’re base elsewhere. Clearly 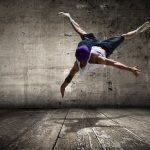 Should We Scan Painful Hips?

What’s the use of scanning or x-raying a painful hip or knee for that matter? If you’re a clinician or healthcare professional reading this, you will know that there is limited correlation between the ‘abnormalities’