HOW IS A PCL INJURY DIFFERENT FROM AN ACL INJURY? 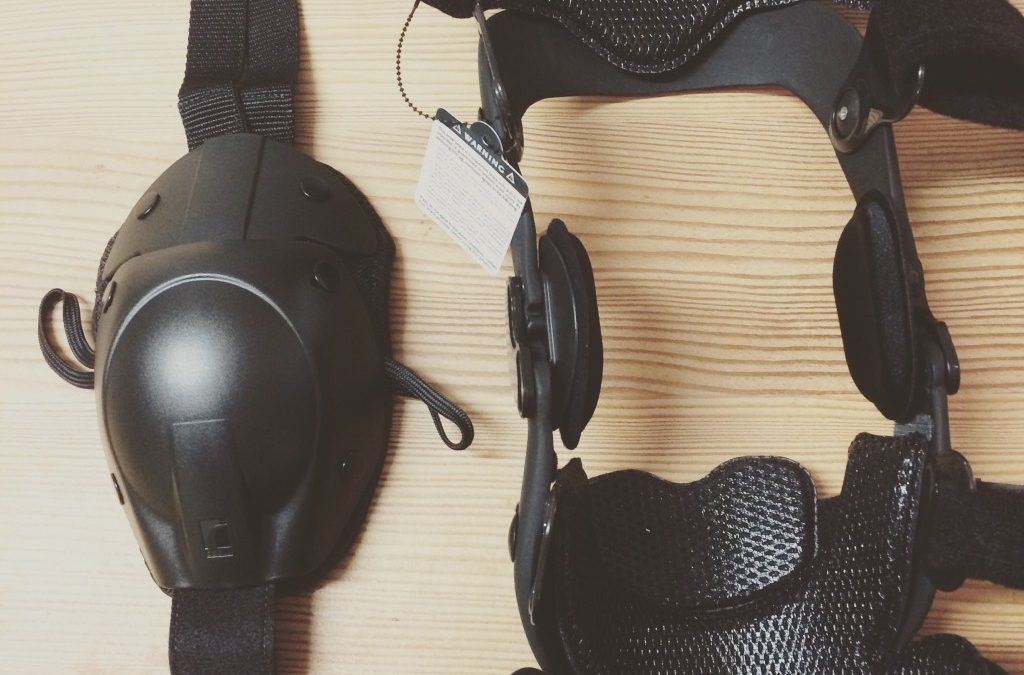 …joint is comprised of the femur (thigh bone), the tibia (shine bone) and the patella (knee cap). On the surface of these bones where they articulate (come into contact) with each other, there is a layer of hyaline cartilage. In between the femur and tibia, there are 2 menisci. These structures are super important for shock absorption, joint protection and to reduce friction as the joint moves.

LIGAMENTS OF THE KNEE

There are basically four major knee ligaments of the knee that keep the joint together, help control it’s motion an stability: 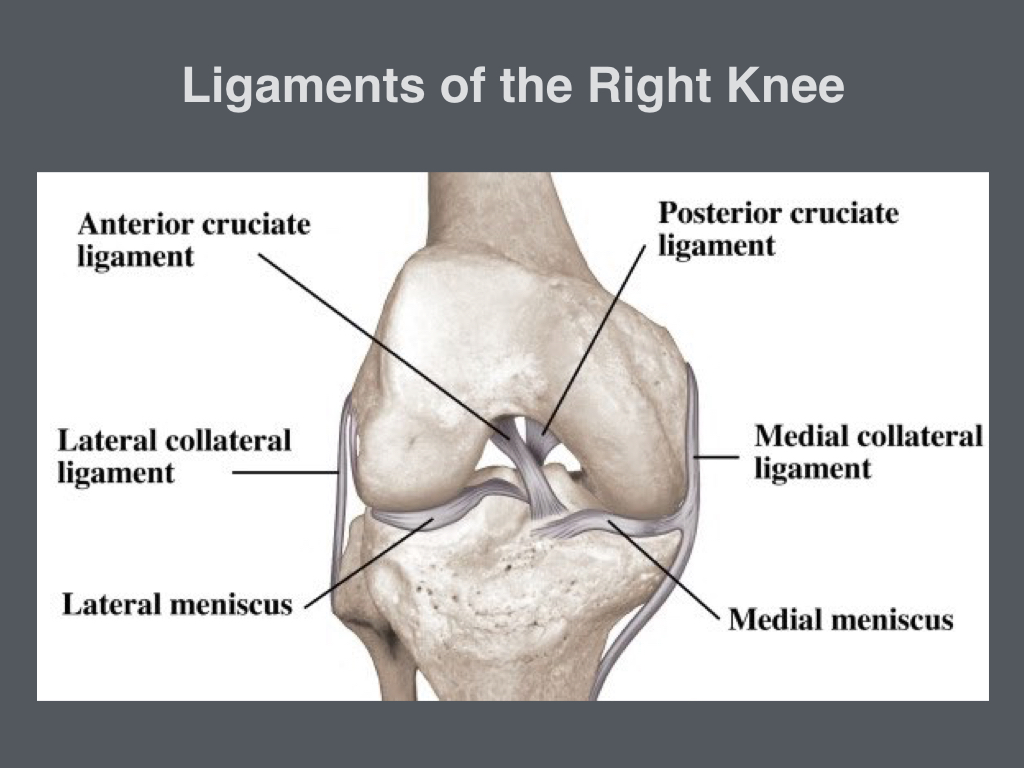 In this article we’re focussing on the difference between the ACL and PCL.

FUNCTION OF THE ACL

The ACL is one of the most important ligaments of the knee. Why? Well, it resists abnormal forward movement of the tibia relative to the femur AND rotational forces. Therefore, injuries to the ACL typically happen when a person is decelerating quickly and performs a twisting manoeuvre. Did you know that approximately 70% of these injuries are non-contact? 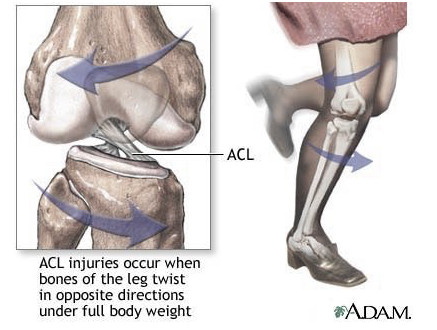 FUNCTION OF THE PCL

The PCL pretty much does the opposite. It prevents the tibia for sliding backwards relative to the femur, therefore, injuries to this ligament typically happen during a direct blow to the front of the tibia, or the the knee hyperextends during an awkward landing. It’s actually a common injury in front seat passengers during a head-on car crash if the hardest part of the glove compartment is about tibia height. You can imagine the force of the impact on the tibia! 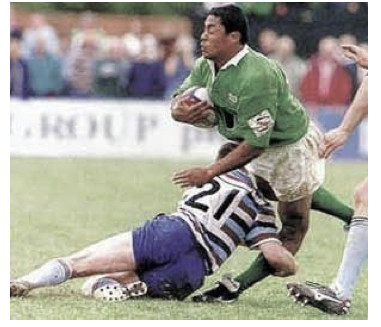 I think his PCL injury were the least of his concerns here!

Obviously, it hurts, really hurts when you injure either of these ligaments – I can personally vouch for the ACL! If you’ve been luck enough to get away with only a partial tear, there’s the chance that you can overcome the instability by systematic and focussed rehabilitation of the musculature around the knee (especially focussing on quadriceps and hamstrings neuromuscular control, strength and activation speed). However, if the ligament is completely ruptured then the chance of this is limited, especially if the goal is to get back to competitive sport.

In both cases, after the injury has settled the principal symptom is knee instability. Unless there’s damage to other structures in the knee, there will be little, if any pain.

…in particular, symptoms include rotational instability. People who have had this injury will tell you that they’re absolutely fine walking, running even in a straight line but as soon as they go to turn, the knee collapses underneath them. Reconstructive surgery is almost always required here.

…instability is also present, however, perhaps a little less so than ACL injuries. In certain circumstances people can get away without surgery by moderating their activity and lots of focussed muscle conditioning, especially of the quadriceps.

Should I Wear a Knee Brace? 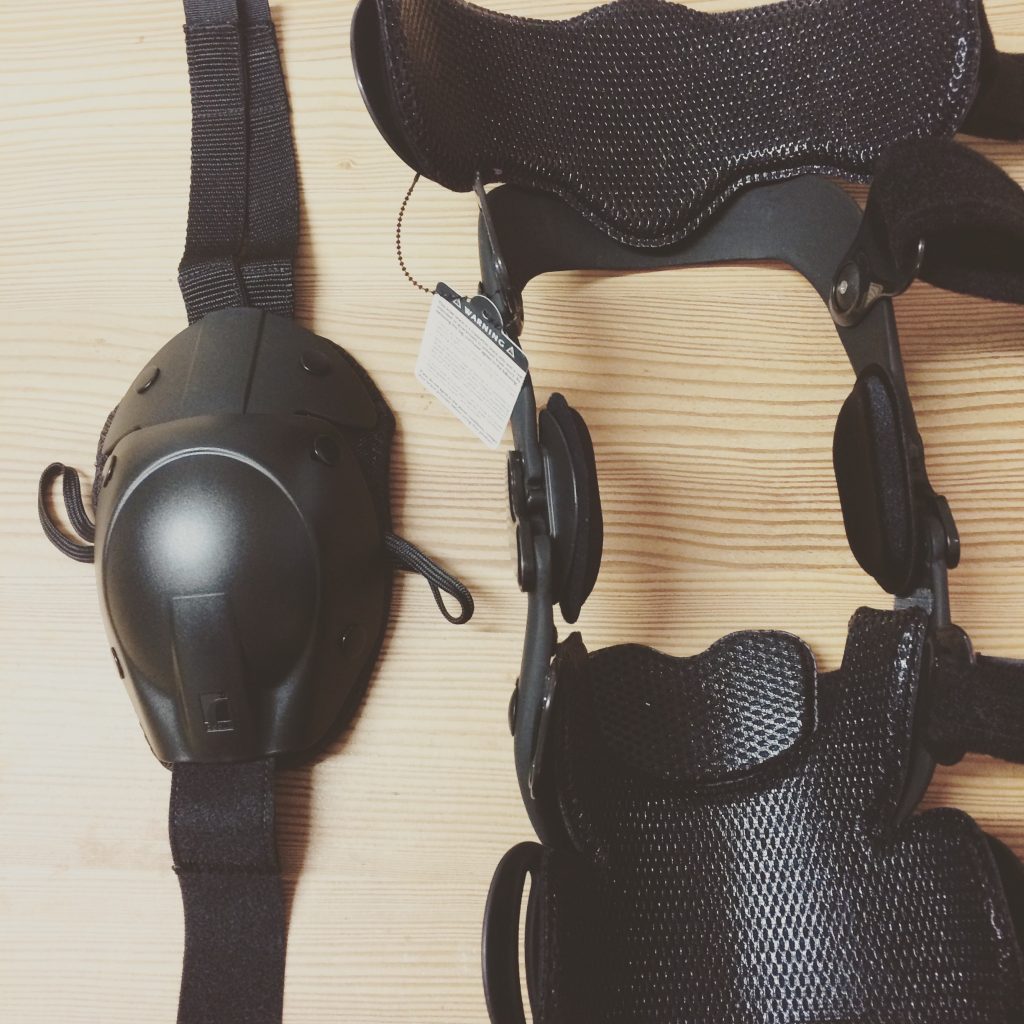 I’m frequently asked this and my reply is always shaped by asking them why? The decision should be made on an individual basis, taking into account:

There are some great knee braces on the market for ALC and PCL injuries, however, they should be used in pre-defined conditions with a specific goal in mind. What you want to avoid at all costs is becoming reliant on a brace. Your knee musculature is your dynamic biologic scaffolding that keeps your knee stable and functioning properly. If you wear a brace all the time and remove the need for the muscles to be involved in maintaining stability, then they will quickly decondition and worse, you become vulnerable when you remove the brace.

That said, wearing a brace to shield dynamic forces to a reconstructed ligament during hazardous activities such as skiing for example, can be useful and add extra protection. BUT don’t use this in place of physical preparation. Without fail, I’d recommend that before your skiing holiday you engage in at least 6-weeks of neuromuscular conditioning and injury prevention training without the brace prior to going on holiday.

If you’re a personal trainer and would like to learn more about injury and rehab click here!